Since signing up for Wisdek Corp.’s Local SEO service in February of 2016, before the busy spring-summer season, Cedar Wood Structures had improved positions of targeted keyphrases, as well as their derivatives, driving traffic to websites from searchers actually interested in the offering.

The report below shows positions of targeted keyphrases in August, 2016 and compares them to positions just before SEO work was started, in February 29, 2016. 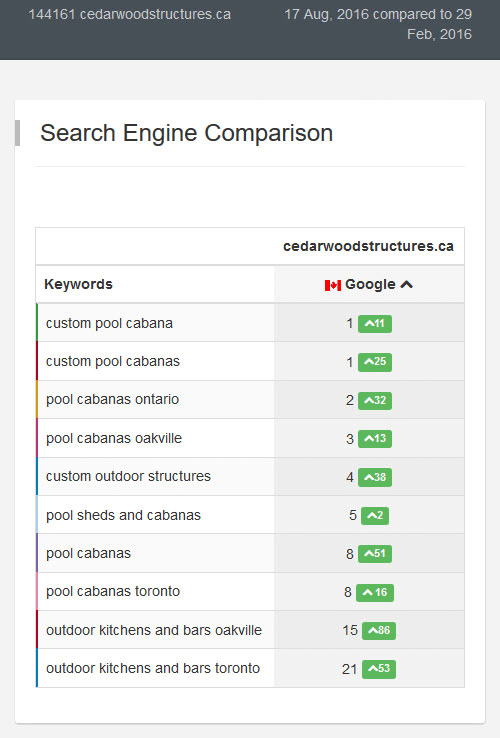 Another report for this client, pulled from Google Search Console, shows impressions, clicks and average positions of targeted keywords. The report below was limited to only 50 keywords for illustration purposes, there were actually 228 keywords that were visible in Google search during the month of August, 2016.